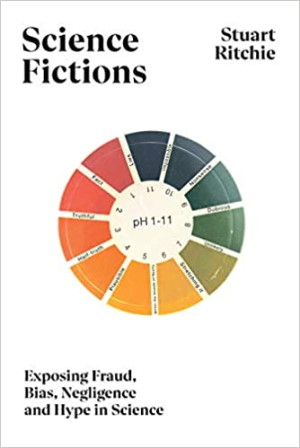 There is only this to be said: the sociology of knowledge is fast outgrowing a prior tendency to confuse provisional hypothesis with unimpeachable dogma; the plenitude of speculative insights which marked its early stages are now being subjected to increasingly rigorous test.

After enjoying more than two generations of scholarly interest, the sociology of knowledge remains largely a subject for meditation rather than a field of sustained and methodical investigation. [...] these authors tell us that they have been forced to resort to loose generalities rather than being in a position to report firmly grounded generalizations.

In 2020, the sociology of science is stuck more or less in the same place. I am being unfair to Ritchie (who is a Merton fanboy), because he has not set out to write a systematic account of scientific production—he has set out to present a series of captivating anecdotes, and in those terms he has succeeded admirably. And yet, in the age of progress studies surely one is allowed to hope for more.

If you've never heard of Daryl Bem, Brian Wansink, Andrew Wakefield, John Ioannidis, or Elisabeth Bik, then this book is an excellent introduction to the scientific misconduct that is plaguing our universities. The stories will blow your mind. For example you'll learn about Paolo Macchiarini, who left a trail of dead patients, published fake research saying he healed them, and was then protected by his university and the journal Nature for years. However, if you have been following the replication crisis, you will find nothing new here. The incidents are well-known, and the analysis Ritchie adds on top of them is limited in ambition.

The book begins with a quick summary of how science funding and research work, and a short chapter on the replication crisis. After that we get to the juicy bits as Ritchie describes exactly how all this bad research is produced. He starts with outright fraud, and then moves onto the gray areas of bias, negligence, and hype: it's an engaging and often funny catalogue of misdeeds and misaligned incentives. The final two chapters address the causes behind these problems, and how to fix them.

The biggest weakness is that the vast majority of the incidents presented (with the notable exception of the Stanford prison experiment) occurred in the last 20 years or so. And Ritchie's analysis of the causes behind these failures also depends on recent developments: his main argument is that intense competition and pressure to publish large quantities of papers is harming their quality.

Not only has there been a huge increase in the rate of publication, there’s evidence that the selection for productivity among scientists is getting stronger. A French study found that young evolutionary biologists hired in 2013 had nearly twice as many publications as those hired in 2005, implying that the hiring criteria had crept upwards year-on-year. [...] as the number of PhDs awarded has increased (another consequence, we should note, of universities looking to their bottom line, since PhD and other students also bring in vast amounts of money), the increase in university jobs for those newly minted PhD scientists to fill hasn’t kept pace.

By only focusing on recent examples, Ritchie gives the impression that the problem is new. But that's not really the case. One can go back to the 60s and 70s and find people railing against low standards, underpowered studies, lack of theory, publication bias, and so on. Imre Lakatos, in an amusing series of lectures at the London School of Economics in 1973, said that "the social sciences are on a par with astrology, it is no use beating about the bush."

Let's play a little game. Go to the Journal of Personality and Social Psychology (one of the top social psych journals) and look up a few random papers from the 60s. Are you going to find rigorous, replicable science from a mythical era when valiant scientists followed Mertonian norms and were not incentivized to spew out dozens of mediocre papers every year? No, you're going to find exactly the same p<.05, tiny N, interaction effect, atheoretical bullshit. The only difference being the questionable virtue of low productivity.

If the problem isn't new, then we can't look for the causes in recent developments. If Ritchie had moved beyond "loose generalities" to a more systematic analysis of scientific production I think he would have presented a very different picture. The proposals at the end mostly consist of solutions that are supposed to originate from within the academy. But they've had more than half a century to do that—it feels a bit naive to think that this time it's different.

Finally, is there light at the end of the tunnel?

...after the Bem and Stapel affairs (among many others), psychologists have begun to engage in some intense soul-searching. More than perhaps any other field, we’ve begun to recognise our deep-seated flaws and to develop systematic ways to address them – ways that are beginning to be adopted across many different disciplines of science.

Again, the book is missing hard data and analysis. I used to share his view (surely after all the publicity of the replication crisis, all the open science initiatives, all the "intense soul searching", surely things must change!) but I have now seen some data which makes me lean in the opposite direction. Check back toward the end of August for a post on this issue.

Ritchie's view of science is almost romantic: he goes on about the "nobility" of research and the virtues of Mertonian norms. But the question of how conditions, incentives, competition, and even the Mertonian norms themselves actually affect scientific production is an empirical matter that can and should be investigated systematically. It is time to move beyond "speculative insights" and onto "rigorous testing", exactly in the way that Merton failed to do.