From 1760 to 1800, the contribution of the steam engine was .004 percent per year to capital deepening and .005 percent to TFP growth. Not until after 1850 had the high-pressure engine become widespread and efficient enough to be deployed in factories and on rail engines that these numbers each rose to .2 percent. A century passed between James Watt’s patent—the first revolutionary “general purpose technology”—and its maximum realization in TFP growth.

Soaring population growth in the late eighteenth and early nineteenth centuries threatened the island with a Malthusian demographic catastrophe. [...] Without an Industrial Revolution, Mokyr reasons that GDP per capita in Britain could have been twenty percent lower in 1830 than in 1760.

Britain became modern, and then it got rich.

2. Leo Aschenbrenner on his favorite Chad Jones papers. "Most of all, Chad’s papers showed me what beautiful economic theory looks like. Simple models that capture a few essential forces, guided by broad empirical trends. These can often reveal insights that totally non-obvious ex ante—but are strikingly intuitive and powerful once found."

3. The Ant and the Grasshopper: Seasonality and the Invention of Agriculture A fascinating (and speculative) paper from 2019 which argues that agriculture was invented because changes in the earth's orbit caused an increase in seasonality!

4. Evidence of Fraud in an Influential Field Experiment About Dishonesty. Fairly brazen data fabrication, though it's still not clear whether it was Ariely or the company that was in charge of collecting the data.

5. Some evidence suggesting that the Sputnik vaccine paper used fake data. I'd note that real-world data shows the vaccine working pretty well regardless of whether there was fraud in the trial. 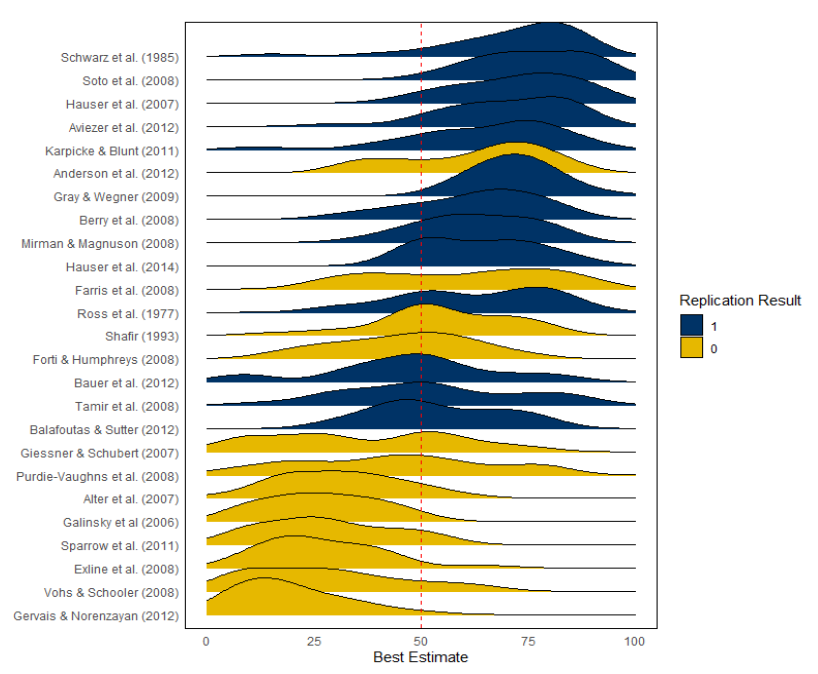 7. The Effect of Replications on Citation Patterns: Evidence From a Large-Scale Reproducibility Project

As I was saying, replications don't really matter, so it's better to go for forward-looking reforms instead of trying to fix the past.

8. A survey on questionable research practices s from the Netherlands. ~4% fabrication, ~50% frequently engage in QRPs.

9. A clever paper uses the shutdown of a journal (due to an "exogenous shock" in economese) to measure the prevalence of strategic citations. Citations drop by about 20% after discontinuation.

10. Is the Value Premium Smaller Than We Thought? A look at the various decisions that go into constructing a risk factor, and how they affect the end result. "The results suggest that the original value premium estimate is upward biased because of a chance result in the original research decisions."

11. Text-generating models are sometimes used to plagiarize papers by back-and-forth translation, or to generate new (nonsensical) papers. This study looks for "tortured phrases" like "profound neural organization" (ie deep neural network) and "haze figuring" (ie cloud computing), and finds many published papers that appear to have been computer-generated. 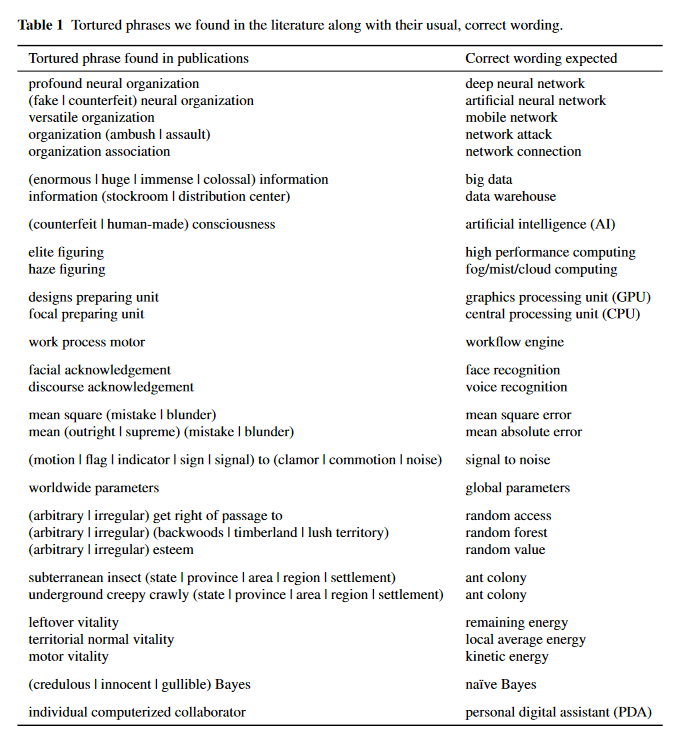 12. Arcadia Science is a for-profit research institute, with a biology lab opening in Berkeley next month. "No work produced or funded by Arcadia will be published in journals."

14. Tamiflu for covid? Looks pretty good, ~50% decrease in risk of hospitalization. Costs $700 though.

15. Alignment Problems With Current Forecasting Platforms. A look at some issues with GJO/CSET/Metaculus. It's not easy to incentivize people to provide their true forecasts at all times, share information, etc.

18. Razib Khan has a relatively positive review of Harden's The Genetic Lottery, but the Steve Sailer review is a lot more entertaining. It's amusing that the BBEG for these people is still Charles Murray rather than, say, David Reich who has said much worse things.

19. George Church is bringing back the woolly mammoth.

Surveying the top Y Combinator companies, I find that around the top 50 are valued at over $1,000,000,000. They won’t all exit successfully, and the founders won’t all own enough equity to emerge with tres commas to their net worth, but this already gets us to a much more practical and optimistic heuristic to life:

21. You've probably already seen SMTM's fantastic series on the causes behind the rise in obesity. Some interesting pushback from RCA and a literal banana.

22. Felix Stocker on Will MacAskill's longtermist plans: Reflecting on the Long Reflection. "I'm struggling to see the Long Reflection as anything other than impossible and pointless: impossible in that we cannot solve all x-risks before any s-risks, or avoid race dynamics; pointless in that I don't believe that there is a great Answer for it to discover."

23. Alexey Guzey on Bloom et al's Are Ideas Getting Harder to Find? The paper has a bunch of problems, but the more general section on TFP is the most interesting:

24. ACX on the FDA: Adumbrations Of Aducanumab The Moldbuggian aspects of this are still underappreaciated. Bureaucracy and bureaucrats are isolated from the consequences of their actions; the idea of equality before the law is a complete joke in the modern regulatory state, and the incentive vectors point in exactly the wrong direction. Scott ultimately blames it on the incentives of the politicians—the people seem to accept infinite costs to prevent certain bad things from happening; but if we take the people as a given, isn't ultimately the system of governance at fault? Plus ACX on missing school: Kids Can Recover From Missing Even Quite A Lot Of School.

25. Herding, Warfare, and a Culture of Honor: Global Evidence. "The culture of pre-industrial societies that relied on animal herding emphasizes violence, punishment, and revenge-taking". Highly speculative (the approach of extracting culture of honor from folklore seems doubtful for various reasons) and those scatter plots are not entirely convincing, but also intuitively appealing.

26. Exploiting an exogenous shock in birth control prices, The Children of the Missed Pill looks at the causal impact of the pill: "As children reached school age, we find lower school enrollment rates and higher participation in special education programs." The eugenic effect of abortion/contraception is both underrated and understudied.

27. A primer on olivine weathering as a cheap method of carbon capture; looks like it could sequester a tonne of CO2 for less than $20. Geoengineering is very cheap compared to most proposed "green" solutions. The OECD has 120 euros per tonne as its "central estimate" of carbon costs in 2030, implying an extremely high ROI for geongineering.

28. DeepMind: Generally capable agents emerge from open-ended play. "We find the agent exhibits general, heuristic behaviours such as experimentation, behaviours that are widely applicable to many tasks rather than specialised to an individual task. This new approach marks an important step toward creating more general agents with the flexibility to adapt rapidly within constantly changing environments."

29. Unintentionally hilarious paper about AI spotting race in chest x-rays: "Our findings that AI can trivially predict self-reported race - even from corrupted, cropped, and noised medical images - in a setting where clinical experts cannot, creates an enormous risk for all model deployments in medical imaging: if an AI model secretly used its knowledge of self-reported race to misclassify all Black patients, radiologists would not be able to tell using the same data the model has access to."

30. "Pain Reprocessing Therapy" "centered on changing patients’ beliefs about the causes and threat value of pain" more effective than usual care for back pain, at least if you think you can trust people's responses in surveys.

31. Yet another piece of evidence against the efficacy of advertising: TV Advertising Effectiveness and Profitability: Generalizable Results From 288 Brands. "...negative ROIs at the margin for more than 80% of brands, implying over-investment in advertising by most firms. Further, the overall ROI of the observed advertising schedule is only positive for one third of all brands."

34. Poemage is a visualization system for exploring the sonic topology of a poem. 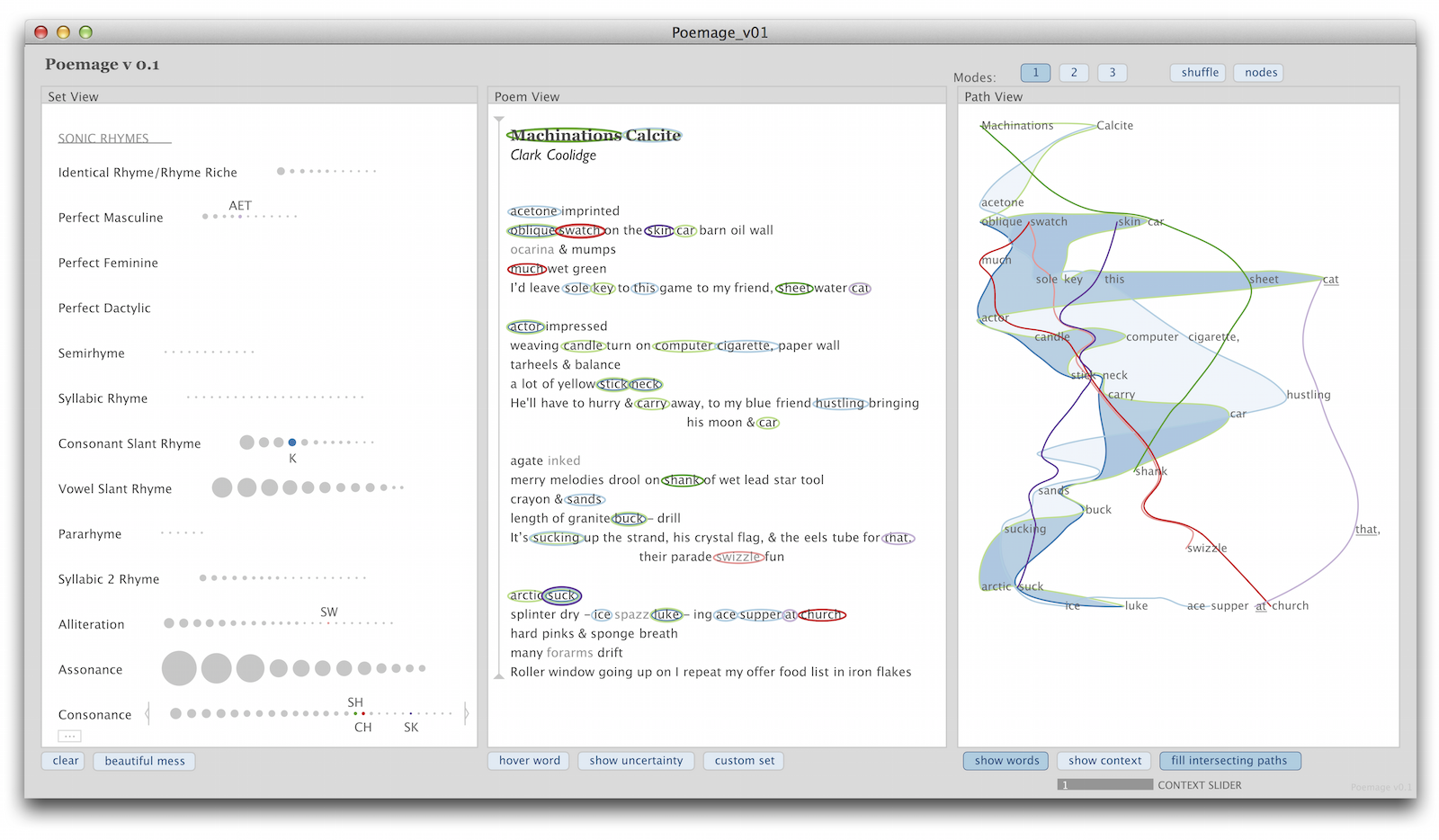 35. An animated explainer of Robin Hanson's grabby aliens model: Humanity was born way ahead of its time. The reason is grabby aliens.

36. Did you know that Milla Jovovich released an album in 1994 and it's...not bad at all? Sounds like Kate Bush and Peter Gabriel. Check out Clocks. [NSFW cover art]