1. Incredibly cool from deepmind: ML applied to ancient Greek fragments can generate restoration hypotheses for the missing text and locate the fragment's origin in both time and place. Paper in Nature.

These researchers built an AI for discovering less toxic drug compounds. Then they retrained it to do the opposite. Within six hours it generated 40,000 toxic molecules, including VX nerve agent and "many other known chemical warfare agents.

3. Fantastic Gwern theory-fiction: It Looks Like You're Trying To Take Over The World.

4. Also on LW, Brain Efficiency: Much More than You Wanted to Know:

Eventually advances in software and neuromorphic computing should reduce the energy requirement down to brain levels of 10W or so, allowing for up to a trillion brain-scale agents at near future world power supply, with at least a concomitant 100x increase in GDP. All of this without any exotic computing.

7. How good are generalist forecasters vs experts, really? Gavin Leech revisits the literature and argues against the superforecasters. They still do as well or slightly better than the experts, but not by much. I feel the way the results are presented is a bit misleading.

8. Derek Thompson in the Atlantic on Silicon Valley science funding.

9. In what sense is the science of science a science?

What makes my spidey sense tingle is that the objects in any such theory are (in part) a hypothetical space of possible discoveries, of possible explanations of the world. I called it a theory of discovery just above, but it might equally well be called a theory of the unknown, or theory of exploration, or theory of theories. Of course, some of the objects of any such theory would also be amenable to more standard descriptions: things like exploration strategies, or group dynamics. But some would be a lot stranger: currently unknown types of explanation, currently unknown types of theoretical entity.

10. WW2 Japanese internment camps? You guessed it, Good, Actually! Internment had a positive effect on long-run incomes on the order of 9-22%. And remember to burn the cities, too. h/t ADS

11. Some issues with Putterman & Weil (2010), judging by the new results it doesn't seem all that problematic to the deep roots lit?

14. Scott on the same (the reviews are complementary goods).

15. Vaccination Rates and COVID Outcomes across U.S. States finds that it takes about $5000 worth of vaccines to save a life. Would be interesting to see a comparison to molnupiravir in terms of dollars per life saved.

16. A report from a covid human challenge experiment. Hopefully this paves the path for a faster response against the next pandemic.

17. Against the Naming of Fungi

The egotism and futility of these costly initiatives is quite mind-boggling as the human threat to biological diversity multiplies. Rather than competing with animal and plant taxonomists, mycologists should show pluck in asserting philosophical independence from the waning fields of zoology and botany. By turning our attention towards experimental questions and away from cataloguing, mycologists may escape the shackles of Linnean fundamentalism.

18. Related(?), SMTM on citrus taxonomy, "in which the Bene Gesserit attempt to breed the Kumquat Haderach". 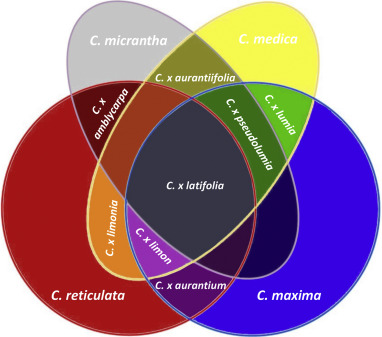 19. Luttwak on China: The myth of Chinese supremacy

Always improbable, G-2 became impossible when Xi Jinping arrived. For him only G-1 is good enough. Not because he is a megalomaniac but the opposite: he thinks, accurately, that unless the Party establishes an unchallenged global hegemony, with its rule is deemed superior to democratic governance, Communist China will collapse just as Soviet rule did. He is right.

The drama intensified in February, when the Securities and Exchange Board of India released a 190-page regulatory order disclosing that Ramkrishna had sent sensitive information to an outsider described as a yogi in the Himalayas. [...] The yogi was non-corporeal, she said, but corresponded using the email address [email protected]

21. On the role of mathematics in the neolithic revolution. "The mathematical abilities of Neolithic humans advanced in concert with the new requirements of agricultural life. These needs can be summed up into three categories: Surplus, Trade, and Time." Here's wikipedia on the Rhind Mathematical Papyrus which dates to the 16thC BC.

22. From the new Institute for Progress, Progress is a Policy Choice.

24. Theses and counter-theses on sleep. Seems like one of those things where there's tons of variation and you're probably best off doing some rigorous self-experimentation?

25. Death Toll of Price Limits and Protectionism in the Russian Pharmaceutical Market. In 2012, Russia put price caps and protectionist regulations on various pharmaceuticals. The result was a decrease in supply, leading to a striking increase in mortality from diseases those drugs protect against.

Just learned that fluvoxamine, a common SSRI used to treat depression and other psychiatric conditions, increases the half-life of caffeine in the bloodstream. Like, to an absurd degree: 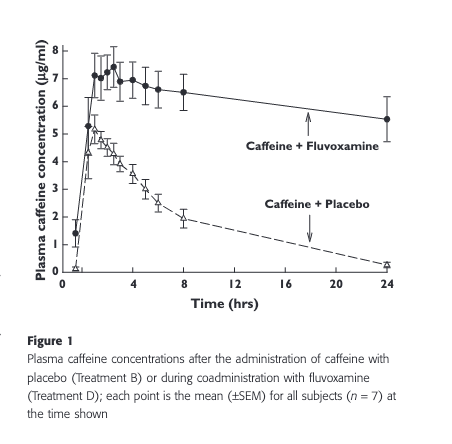 We found evidence of genetic similarity between partners for educational attainment (rg = 0.37), height (rg = 0.13), and depression (rg = 0.08). Common genetic variants associated with educational attainment correlated between siblings above 0.50 (rg = 0.68) and between siblings-in-law (rg = 0.25) and co-siblings-in-law (rg = 0.09). Comparisons between the genetic similarities of partners and siblings indicated that genetic variances were in intergenerational equilibrium. This study shows genetic similarities between extended family members and that assortative mating has taken place for several generations.

29. "Las Pozas ("the Pools") is a surrealistic group of structures created by Edward James in a subtropical rainforest in the Sierra Gorda mountains of Mexico. It includes more than 80 acres (32 ha) of natural waterfalls and pools interlaced with towering surrealist sculptures in concrete."

32. A letter from Claude Shannon to Warren McCulloch, in behalf of L. Ron Hubbard.

33. No peeing towards Russia.

34. They found Shackleton's ship in the Antarctic, and it's perfectly preserved.

35. Kogonada's After Yang is one of my favorite new films in years. What if Roy Batty was a personal assistant, what happens to his adopted family after he dies? A poignant and wistful film about memory, death, and the legacy we leave behind us.